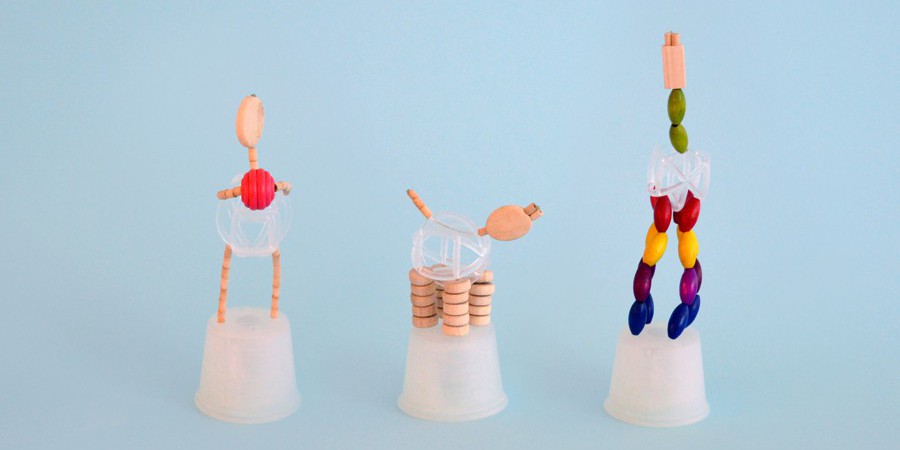 By: Charlotte Ackemar
Around the world the push puppets are called a variety of names, for instance: Wakouwa, Push-Up Button Puppet, collapsing toy, thumb puppet, Wackelfigur. The first above mentioned name- Wakouwa is an abbreviation of the wooden toy makers name Walter Kourt Walss from Switzerland . He was the one who created the first thumb push toys in 1932. To make the figure wiggle you will just use your thumb to change the tension of the strings and voila, it will dance!
We wanted to bring this playful and beautiful toy into the twenty first century. Therefore we 3D-printed the most technical parts of it to create a versatile structure for you to create any type of puppet you want to!
The body provides you with tunnels where the strings can go thru to then be attached to the base. It also allows you to tie and add more arms, heads, wings, tails or what ever attribute your puppet needs. 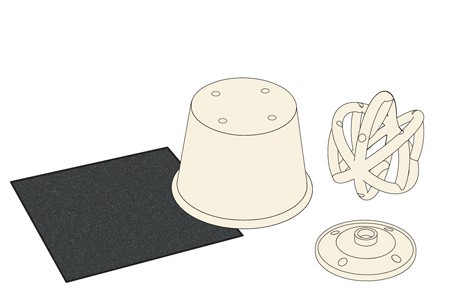 STEP ONE
Carefully release the parts from the support structure. You might need a small paper knife for the tricky pieces of the body. Use a fine sandpaper to sand the small leftovers away. A tip is to sand the whole base to get a satine-feeling surface. Sanding it is also good if you have plans on spraypainting it! 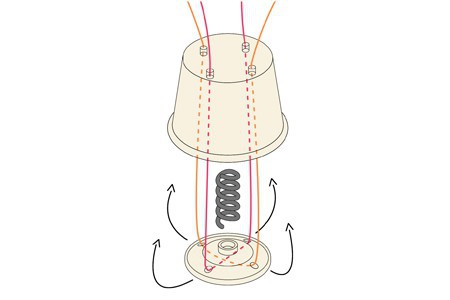 STEP TWO
Cut two strings of 40 cm fishing line. First thread them thru the puppets interior. Thereafter thru the holes of the base, see the colored lines. When you have done that, place the string in place and tighten the strings so that the three parts comes close to each other. If you are making a two-legged puppet. just thread one of the colored strings. 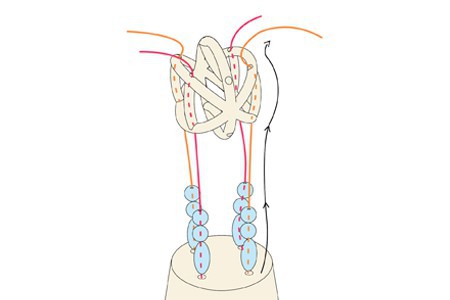 STEP THREE
This instruction shows how to do a four-legged puppet but it is the same concept for the two-legged one. Thread your choice of beads. A tip is to use a clamp to make sure that the beads and strings stays in place. Then tread the string thru the body. You need to keep track on which colored string goes where! 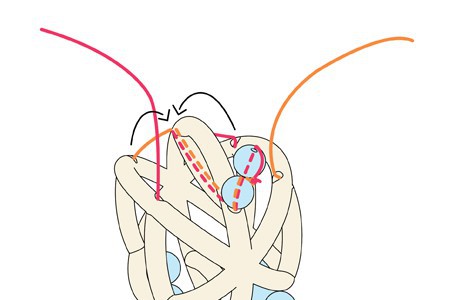 STEP FOUR
The main thought of the body is to provide tunnels for the string to go thru. Take the strings for the front legs and thread them thru the tunnel to then secure them with beads. To secure an ending, use a bead but only let one of the strings thru to then make a knot. 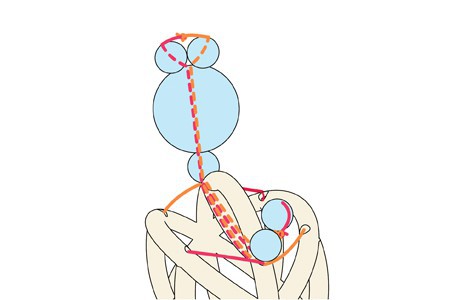 STEP FIVE
Do the same thing with the final two strings. Thread them thru the same tunnel and secure it. 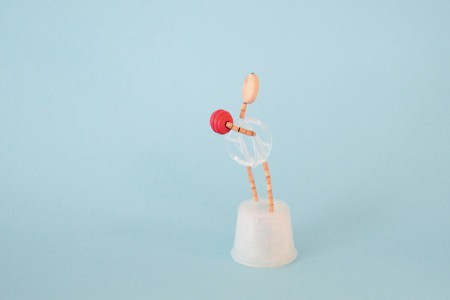 STEP SIX
You can always apply more beads to the body by just tying a new separate string to the body. The head on this puppet is done it that way. 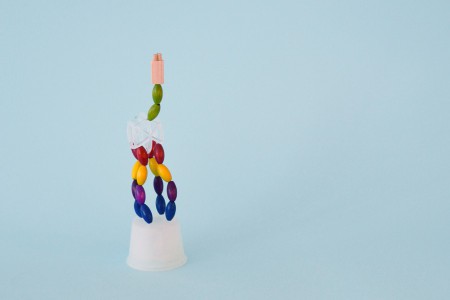 STEP SEVEN
This is an example where you thread both the two strings thru the beads for the neck and head. Then one bead on each string that ends with a knot to secure it and create two curious ears!