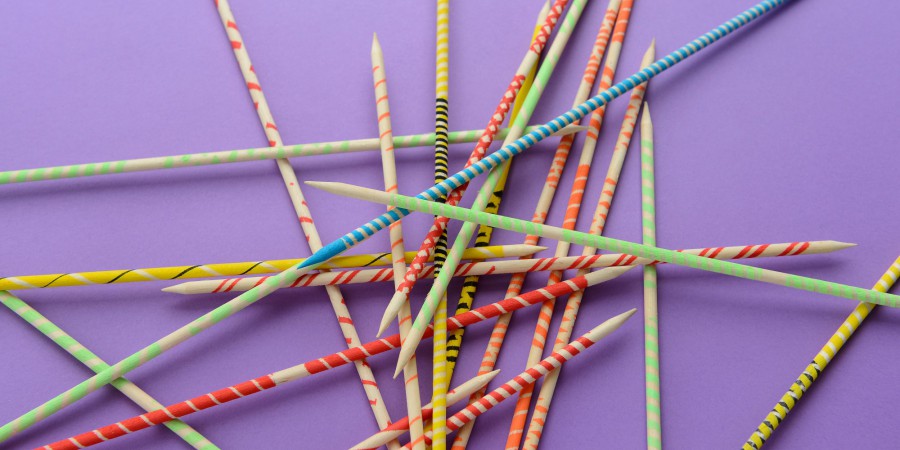 By: Georgi Mannasiev
Mikado is a variation on the game Pick-Up-Sticks, a classic test of skill and dexterity that's devilish in its simplicity. We've stuck with the traditional color hierarchy, but added a barbershop twist. The spirals are created by masking and coloring using paint pens; a slightly different design for every color to make for a dazzling set.
This game goes by many names, from Spillikins to Jackstraws. Having sprung up both in Japan and amongst the Haida (an indigenous people of British Columbia, Canada and Alaska), the game then travelled back to the US via Hungary. It has been played across the world over hundreds (if not thousands) of years. As such, there are a great many variations, versions and twists, so you can make up your own or try the following to get started:
HOW TO PLAY:
Any player who commits one of the following will lose their turn and will not be able to count points:
YOU'LL NEED: 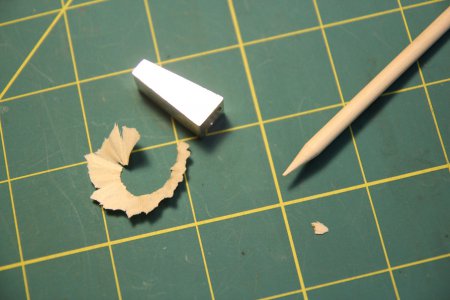 STEP ONE
Using the pencil sharpener, sharpen both ends of each of the 41 dowels. 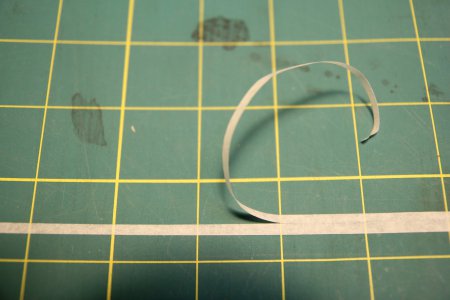 STEP TWO
Cut a piece of masking tape, no longer than your ruler, and stick it to the cutting mat. Align the ruler to the long edge of the tape and cut thin strips (any thickness up 1/5" (between 1mm and 5mm) along its length. You will need quite a few, so cut several lengths to start with, then make more as needed. Also tear some short pieces of 1/2" (12mm tape) so you have it ready. 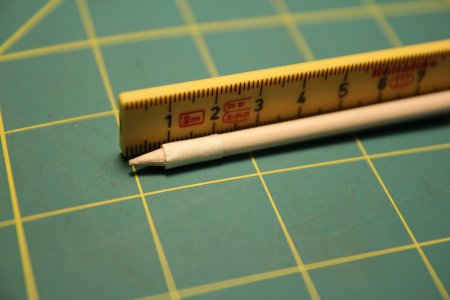 STEP THREE (MIKADO)
Next, mask off the areas of the dowels that are not going to be colored in with paint markers. There are five types of dowels, each with a different color and pattern.
Blue x 1 - Mark 3/4" (20mm) from both points of the dowel with pencil. Use pieces of 1/2" (12mm) tape to mask outside of the marks. Follow Steps Eight and Nine using the blue pen. 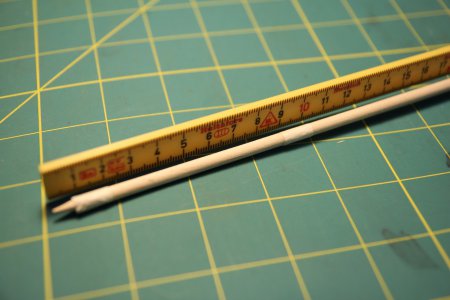 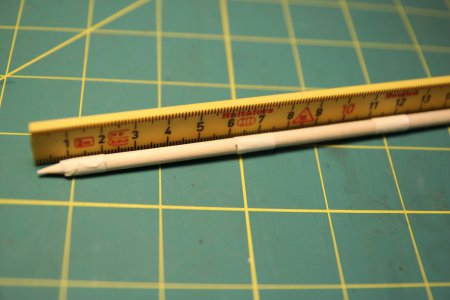 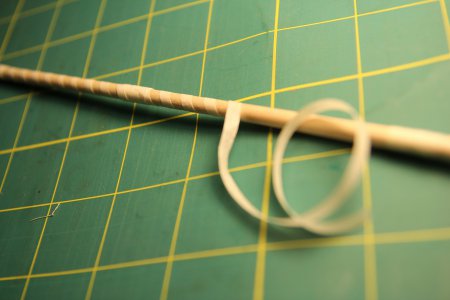 STEP EIGHT
Apply the thin strips of masking tape in a spiral over the full length of the stick. Feel free to play and elaborate on the pattern! 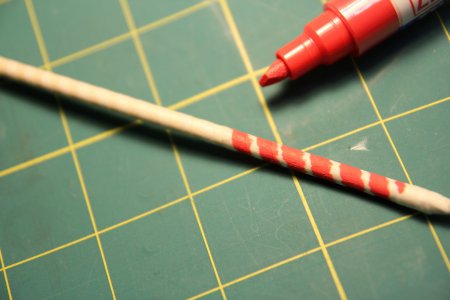 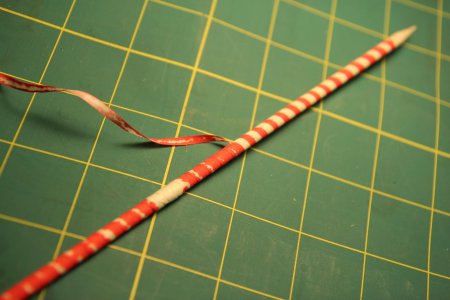 STEP TEN
After all dowels are colored in and dry you can remove all the masking tape and play! 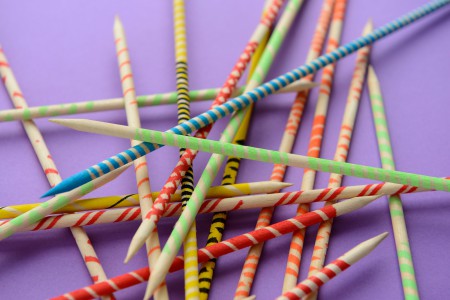