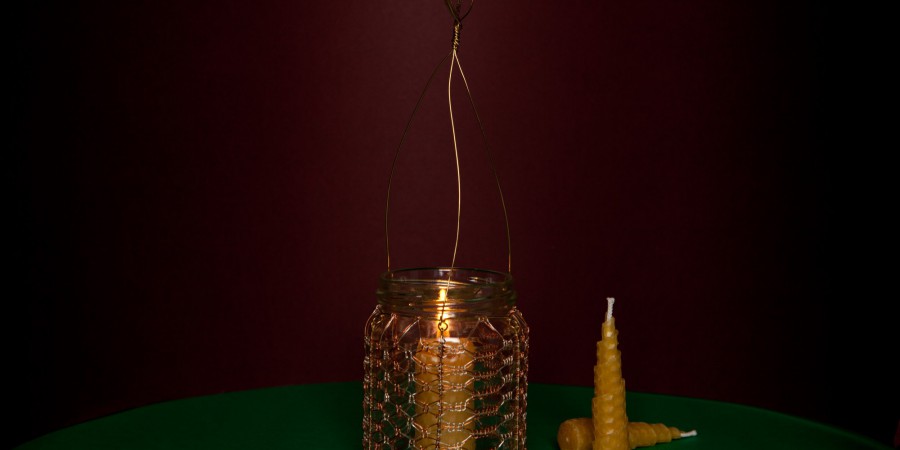 By: Els Woldhek
This intricate lantern is created largely using one simple knot over and over in alternating designs. You can re-use almost any jar, with the macrame in brass, copper and silver turning it into something quite special. You can also make Rolled Beeswax Candles to fit inside.
These are rather pleasing in groups - if you want to make a lot, you could consider doing three decorative panels and three blank, or perhaps using only the faster design to fill in all 6. Another option is to create just three larger panels at step five.
YOU'LL NEED: 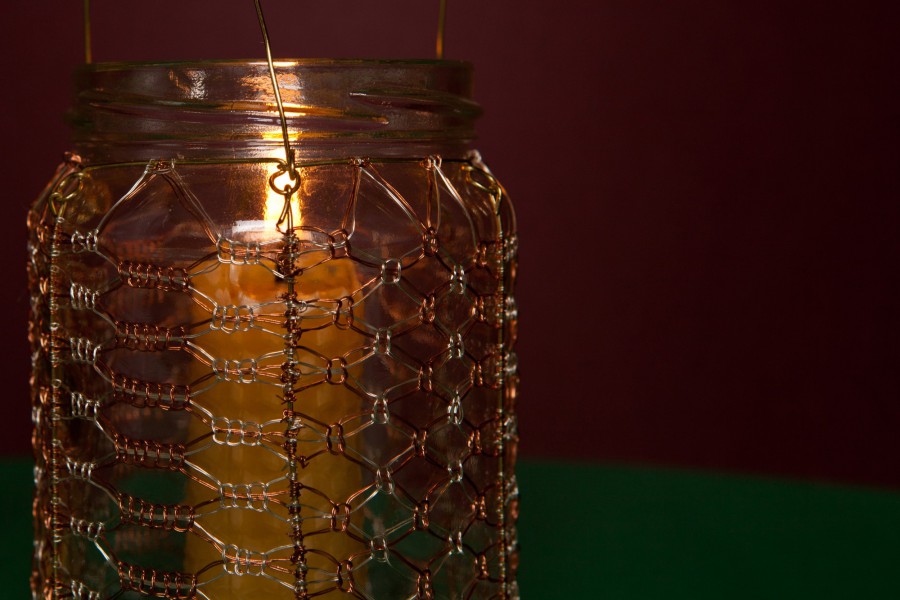 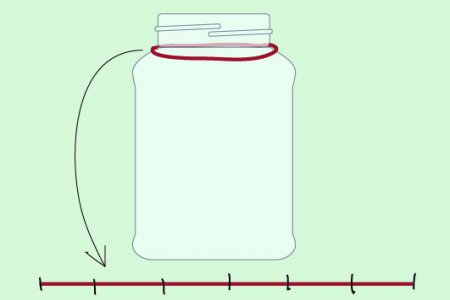 Step One
Using a bit of string or wire measure loosely around the neck of your jar. Now draw a line the same length and divide it into 6 equal parts. 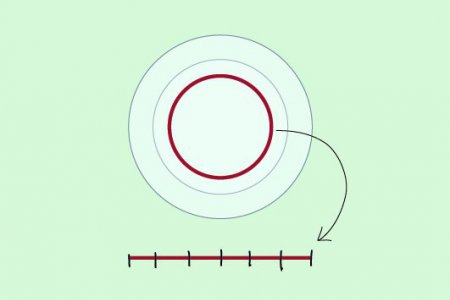 Step Two
Using another bit of string or wire measure a circle that fits on the foot ring of your jar. Again draw a line the same length and divide into 6 equal parts. 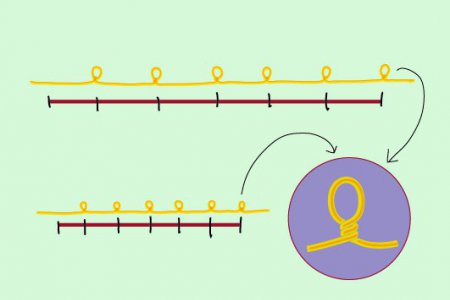 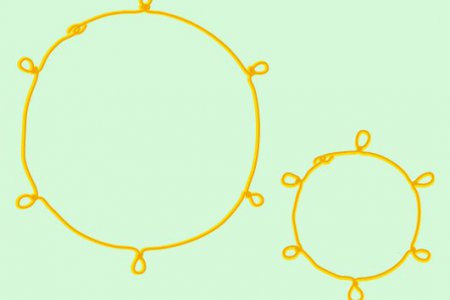 Step Four
Making sure that the loop spacings are equal, hook the ends of the wire together to make a circle. Do this for both wires. 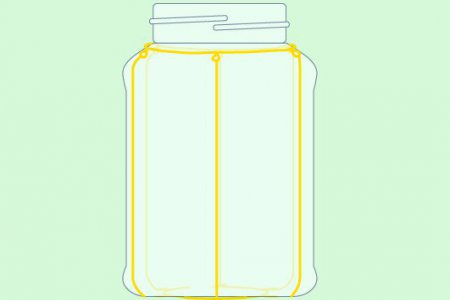 Step Five
Cut 6 equal pieces of 0.8 mm brass wire to roughly the height of your jar. Place the neck ring around the neck of the jar and foot ring underneath the jar. Use the 6 wires to connect the the two rings by hooking one loop of the foot ring to one loop at the neck ring. Your framework is done. 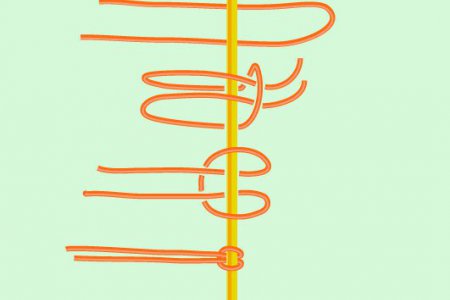 Step Six
Next the decorative panels! Cut 30 cm lengths of 0.2mm copper and silver wire. Take a copper wire and attach it to a vertical wire using the above knot. This knot is done by folding the 30 cm wire in half, passing the folded side under one of the 0.8 brass verticals and pulling the open ends through the loop. 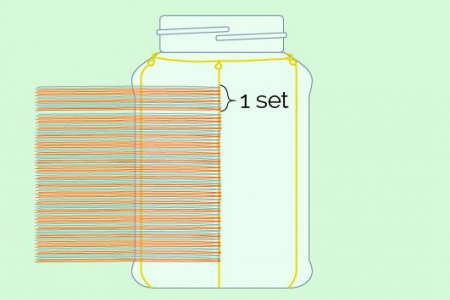 Step Seven
Continue to attach copper and silver wires in sets of the following order: Silver-Copper-Copper-Silver-Copper-Silver-Silver-Copper
How many sets you can attach depends on the height of your jar. In this example there were 7 sets. Tip: At any point, bull dog clips can come in handy to hold the wires you are not working with out of the way. 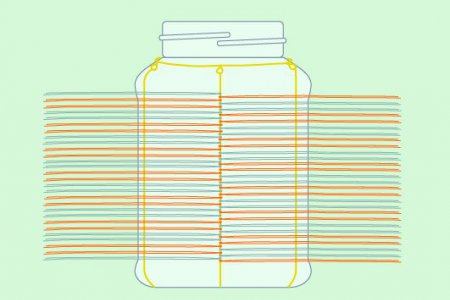 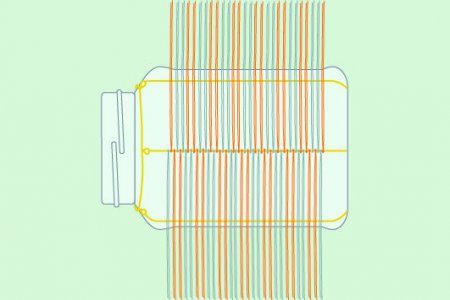 Step Nine
Lay the jar flat wit the neck to the left. 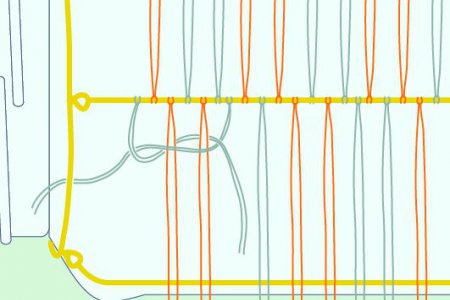 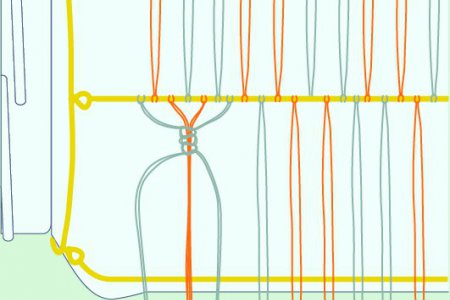 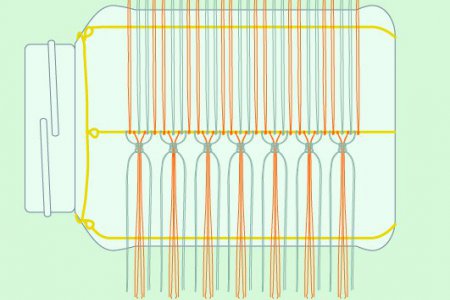 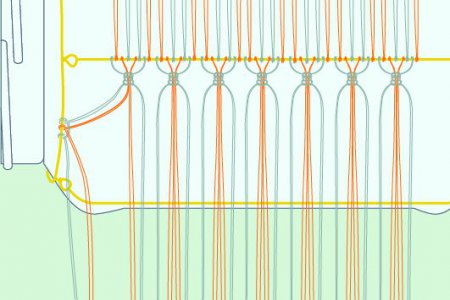 Step Thirteen
Go back to the leftmost group. Take the last silver and copper and loop them onto the neck ring half way between the two brass verticals, as shown above. Do the same for the Silver and Copper at the rightmost, onto the foot ring.

Step Fourteen
From the left, take the first four loose wires ( C-S-S-C) and make the knot from step 10. This time copper goes over and silver stays in the middle. Repeat to make 6 ovals. 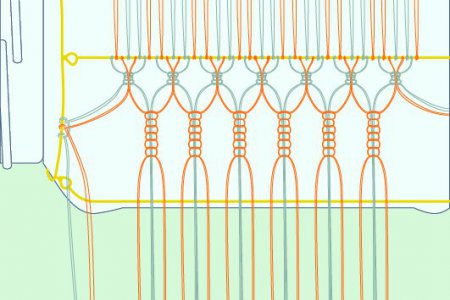 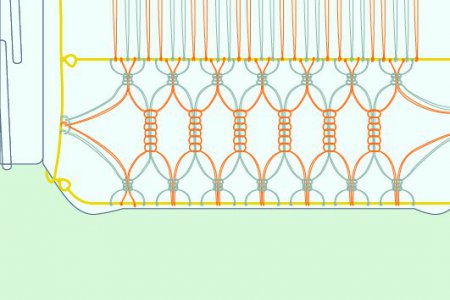 Step Sixteen
Bring the wires you looped around the neck and foot rings back in and repeat the knot from step 10 three times across the whole row, again making 3 ovals with the silver going over and the copper staying in the middle. 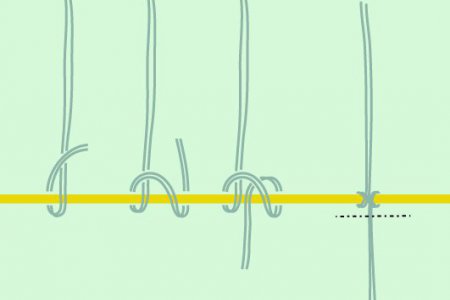 Step Seventeen
To tie off the ends, loop the wire around the brass as shown above and cut off as close to the loop as you can. Push the end back towards the jar so there are no pointy bits sticking out. 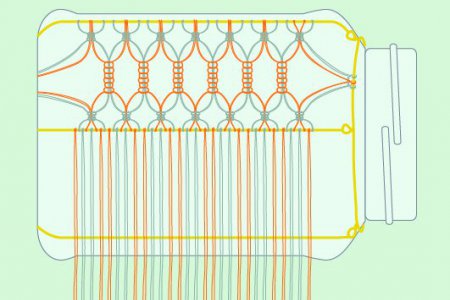 Step Eighteen
Turn the jar around so the neck is to the right. With the other half of the prepared wires we will create a second pattern. This one takes a little longer, so if you want to speed up you can just fill all 6 panels with the first pattern. 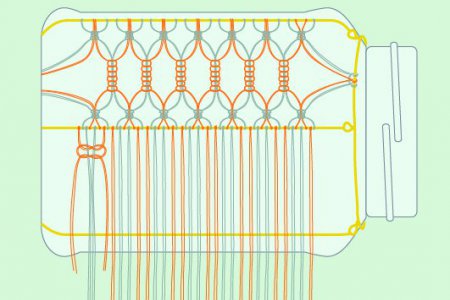 Step Nineteen
Start with the first 4 wires from the left (C-S-S-C). Make the knot from step 10, but just make one oval. 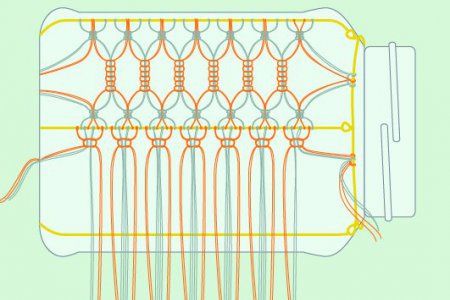 Step Twenty
Repeat the single oval across the row. Take the two leftmost wires ( C-S ) and loop them around the bottom ring. Then loop the two rightmost wires around the top ring. 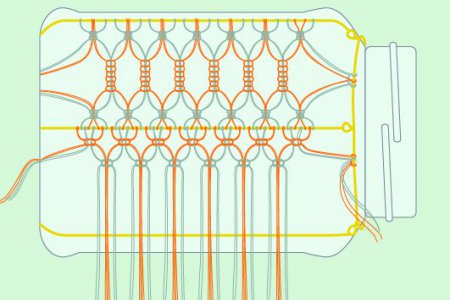 Step Twenty-one
With the wires remaining, again make single ovals across the row. This time it will be silver ovals around the copper wires. 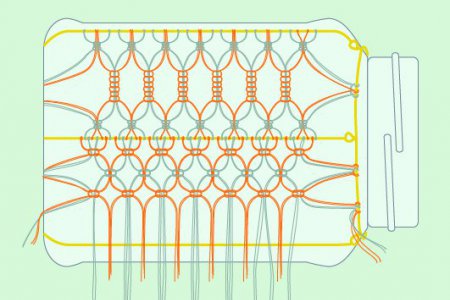 Step Twenty-two
Bring the wires you looped around the neck and foot rings back in and repeat step 18. Again after the row is finished, loop the two leftmost and rightmost wires around their respective rings. 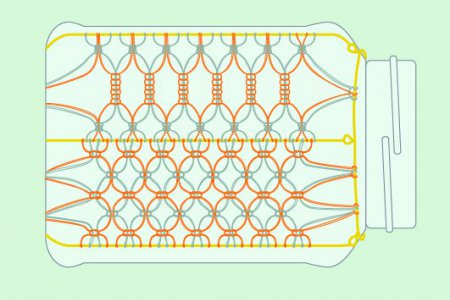 Step Twenty-three
Repeat these rows until you reach the next brass vertical, then attach the wires to the brass as in step 17. 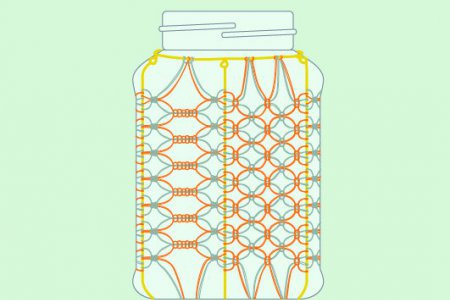 Step Twenty-four
Repeat the patterns on the remaining four panels and your macrame jar is finished. 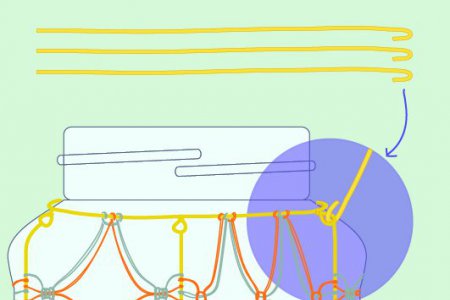 Step Twenty-five
If you want to hang the jar, cut 3 lengths of 0.8 mm brass, each 12" (30cm). Bend a little hook on one end of each length and hook through the loops on the neck ring, at equal intervals. 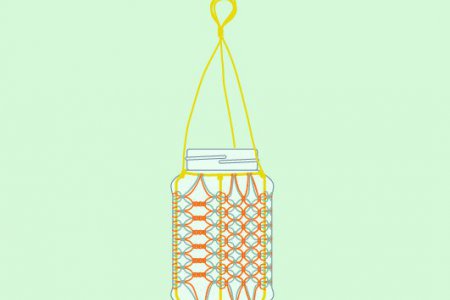 Step Twenty-six
Gather the three wires in the center about 4" (10cm) above the jar and give them a twist to fix them. Above the twist you can use the remaining wire to create a loop, fixing it with a second twist over the first.