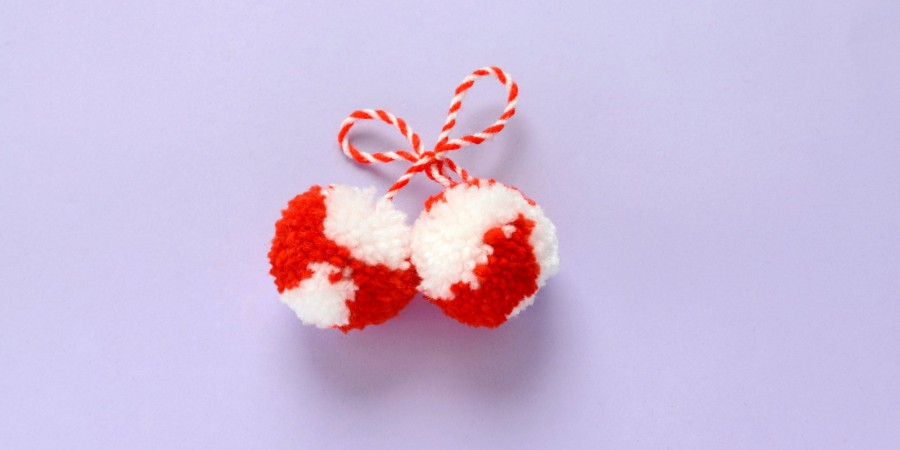 The Bulgarian Tradition of Martenitsa

By: Lara Nagoski
Making Thoughts
Story by Amy Pettifer
At the center of the Bulgarian festival of Baba Marta - celebrated each year on March 1st - is the traditional character of 'Grandmother March', a fastidious and unpredictable matriarch whose moods are as changeable as the weather on a spring afternoon.
The tale goes something like this...
On the first day of March, Baba Marta will clean her house, shaking her mattress for the last time before the next winter. As she shakes, the white feathers fall to the ground, creating the final snow of the year - her cleansing ritual welcoming a newness and fertility for the months to come. 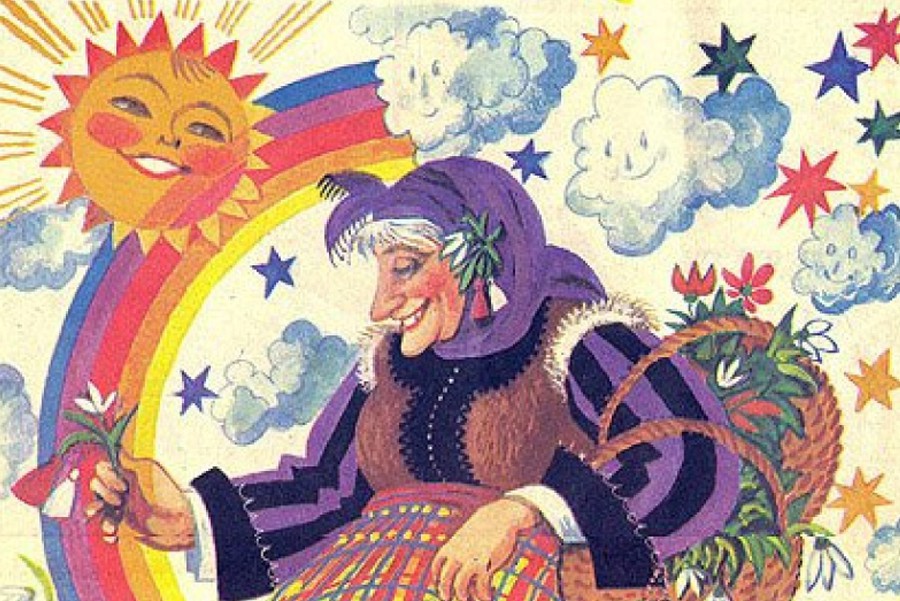 The story has many variations, but the traditions have remained the same for hundreds of years, with Bulgarians honoring the day with the making and exchange of Martenitsi - red and white yarn adornments that are tied around the wrist or pinned to a lapel.
The symbolic meaning of the colors ranges from the white of melting show and red of the setting sun, to an association with purity and fertility, entwined with health and strength. With its roots in a rich farming culture, the wearing of Martenitsi in pagan tradition appealed to Grandmother March's good nature - said to encourage the warm weather that indicated her good mood, rather than the dark skies and chilled winds of her displeasure. 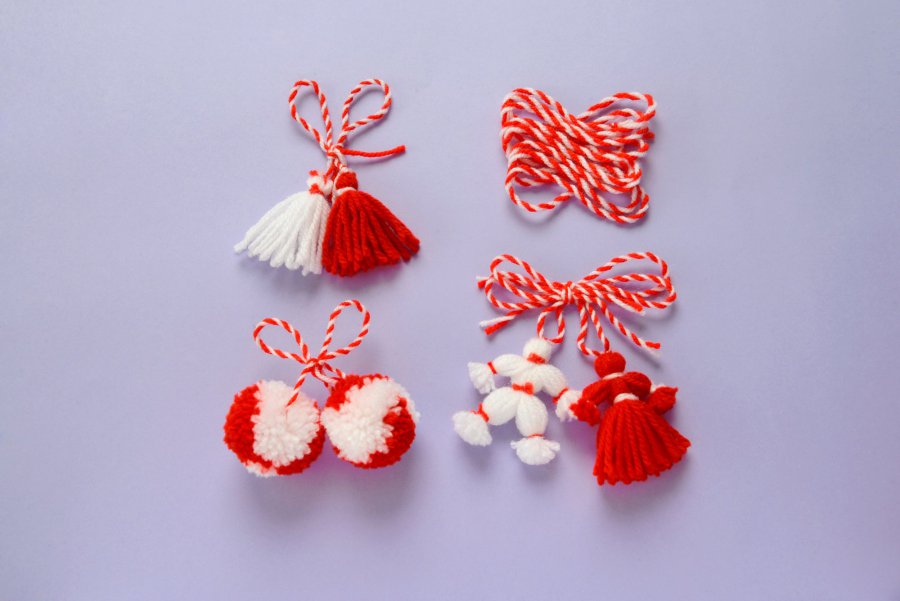 Traditional Martenitsa take the simple form of tassels, pom-poms and doll shapes known as Pizho and Penda (a man and woman), but nowadays the decorations are often more intricate, worked into amulets and braided with beads. Many women make hundreds of Martenitsa throughout the winter, ready to be sold in late February to local people celebrating the tradition. Once Baba Marta reveals the first signs of spring - a stork or a green bud on a fruit tree - the Martenitsi are hung from the branches of trees or placed under stones, and wishes for prosperity and happiness can be made!
Our Martenitsa project was designed by SMP's own Georgi Manassiev, and we asked him to tell us a little more about growing up with the tradition in Bulgaria. Here's what he had to say....
Georgi, can you share your earliest memory of Baba Marta day with us?
My earliest memory of Baba Marta Day was being at home with my parents and giving Martenitsi to each other. Then, when I was in kindergarten (about 4 or 5 years old) everybody would arrive with loads of Martenitsi to give to everybody else; by the end of the day all of us would be completely covered with them! You'd have something like 10-15 bracelets on each arm and puppets on every layer of your clothing. It was really also a pride thing - to show how popular you were. The more you got given the cooler you were. Like trophies really! Its not really about this in general but, as kids, that was so important for us. 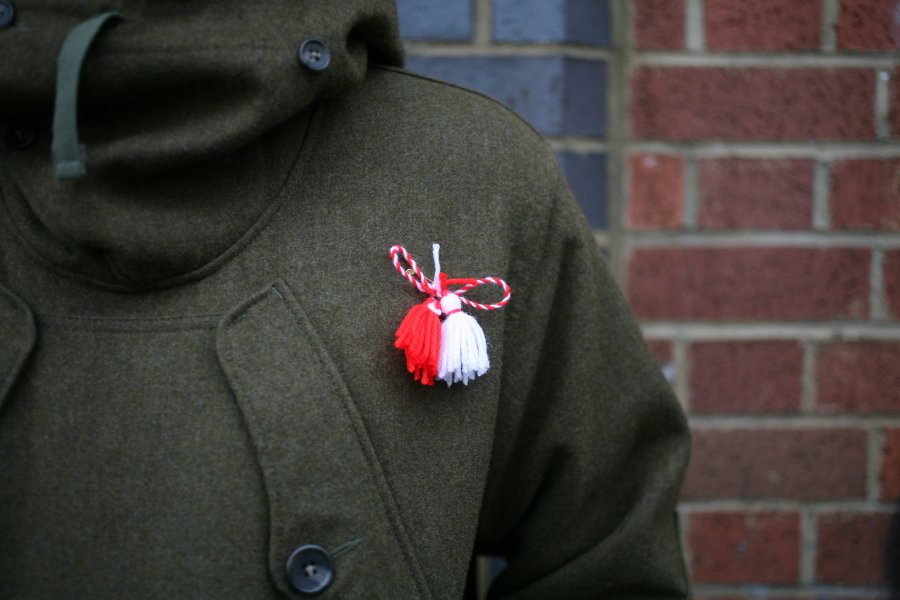 The tradition of Martenitsa has been observed for hundreds of years. Why do you think it is still so popular today?
I think its just a really happy moment. Its almost the end of a long and dark winter and it just feels so good to give and get these bright, happy things. It really is exciting - the giving and receiving of Martenitsi and their being a symbol of spring coming your way. Its one of those traditions that doesn't require any effort from the people to keep it going. Its just great fun!
The Martenitsa have several classic forms, can you tell us about some of the ways that the decorations have changed over time? Are there examples of people interpreting them in modern materials or experimental forms?
Nowadays there are many variations of Martenitsi. Most of the really new ones are quite hideous though! People started using plastic beads and figures for some reason; you might find plastic Mickey Mouse figures on them for example. It doesn't make any sense to me. A good example of a new school Martenitsa however is the bracelet. Its a very simple thing which really stands for what a Martenitsa is all about (the twisted red and white yarn); I find it really nice that its always with you. You could end up not wearing your pom-poms for example because you forgot to put them to the coat, but the bracelet is always with you...until the colors fade that is! 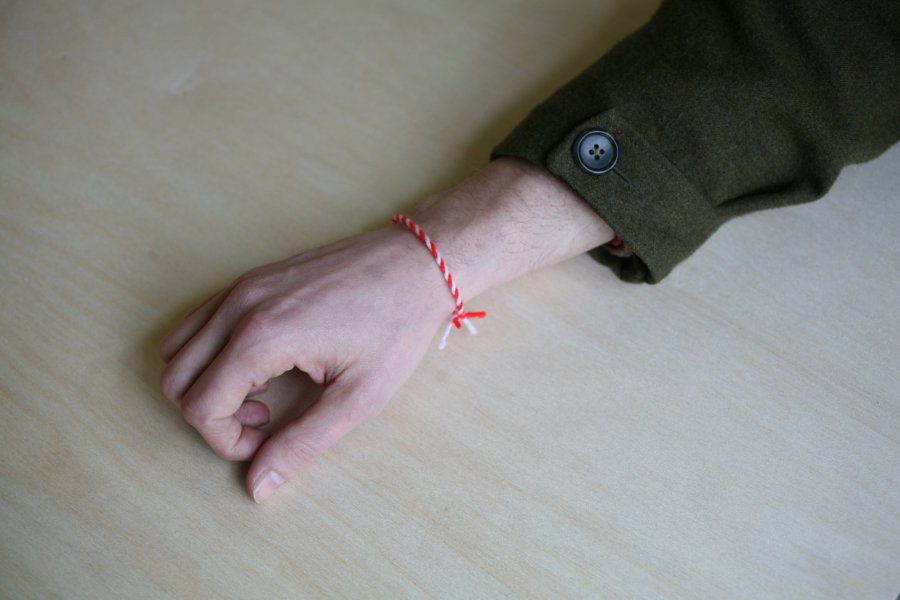 Do you think that the process of making the Martenitsi by hand (as opposed to buying them) is still an important part of the tradition?
I'm not sure if its an important tradition any more because they are so accessible to buy. For example this is the first time I'm actually making some myself (I'm ashamed to say) but having made them, it does give me a different feeling. It's much more personal now and it's nice to care and to make them with someone particular in mind. It really makes them into a present! 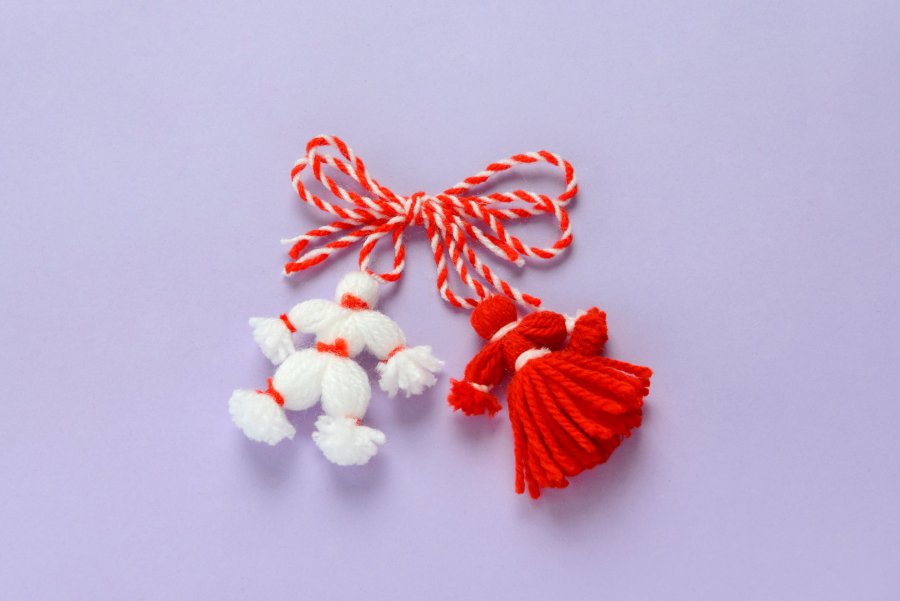 Many thanks to Georgi, and Chestita Baba Marta to you! 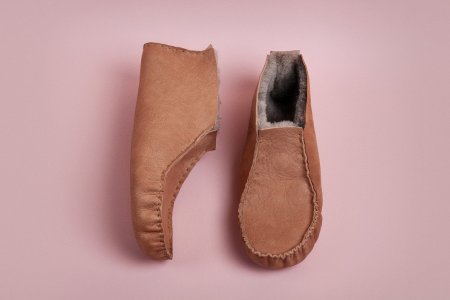 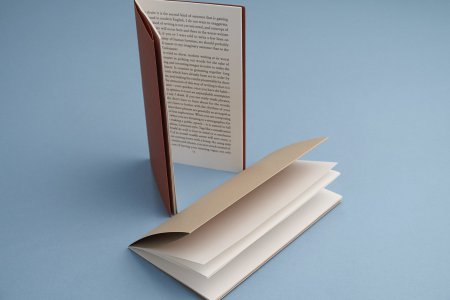 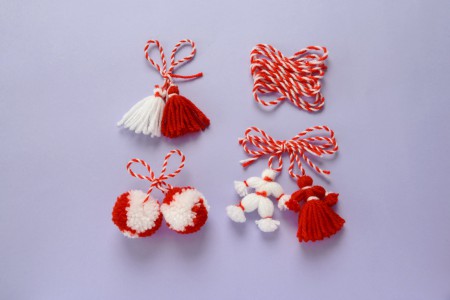 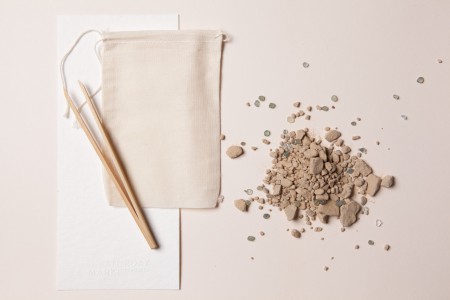 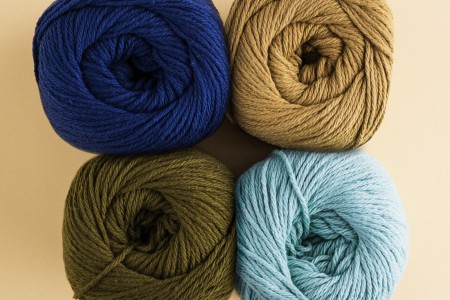 20
Feb
Beautiful! Thank-you for keeping the the history of our matriarch's strong and true through out time!!
Gretchen20 February 2014